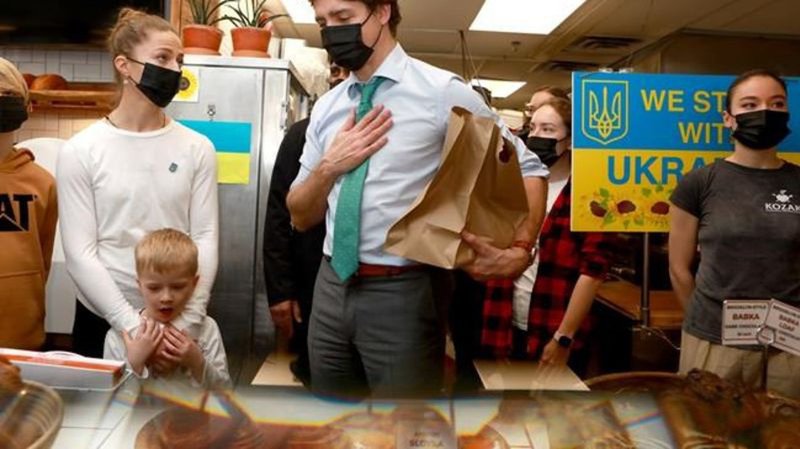 He says reconciliation starts with a healthy community, and they also need long-term funding to support the mental health and well-being of residential school survivors, their families, and Indigenous communities.

The First Nation in B.C.’s central interior announced in January that a preliminary geophysical investigation had found 93 “reflections” that could indicate children buried around the site of the former St. Joseph’s Mission Residential School.

He says they need Ottawa to provide complete records about the institution, along with support in urging the Roman Catholic Church to do the same, as they work to identify children who never returned home.

Sellars says the federal government’s role in advancing reconciliation should also include support for economic development and key community needs, like housing.

The investigation at St. Joseph’s came after ground-penetrating radar located what are believed to be more than 200 graves at a former institution in Kamloops last year.

Trudeau told media in Vancouver on Tuesday that he was looking forward to meeting with Sellars to talk about the challenges and hardships his community and others have experienced since the finding of unmarked graves.

A former junior hockey player with life-altering injuries from a bus crash in Saskatchewan is getting a boost he’s been anticipating for two years.

Ryan Straschnitzki was paralyzed from the chest down when a bus carrying the Humboldt Broncos was in a crash in 2018, killing 16 and injuring three others.

He had an epidural implant in his spine three years ago to help stimulate nerves and move limbs.

Since receiving the implant, Straschnitzki has been able to stand on his own and take a few steps with a walker.

This week, the 22-year-old is having the stimulator reprogrammed in Calgary to make sure it continues to work efficiently.

A planned upgrade was delayed for two years because of the COVID-19 pandemic.

Straschnitzki, who hopes to excel at sledge hockey, says has been working to improve his core strength.

He says he is hopeful the upgrade will help him continue to make progress, because over time bodies get adapted to certain stimulation.

Van Houten, 72, “currently poses an unreasonable danger to society if released from prison at this time,” Newsom said in his parole review. It was the fifth time that a California governor has rejected her release.

Her attorney, Rich Pfeiffer, disputed that view and said the decision will be appealed in court. He accused Newsom of rejecting parole because he is worried about “his political future” and noted that Van Houten has a spotless prison disciplinary record.

Van Houten is serving a life sentence for helping Manson and others kill Los Angeles grocer Leno LaBianca and his wife, Rosemary, in August 1969. Van Houten was 19 when she and other cult members fatally stabbed the LaBiancas and smeared the couple’s blood on the walls.

The day before, other Manson followers, not including Van Houten, killed pregnant actress Sharon Tate and four others.

In his rejection letter, Newsom noted that Van Housen had undergone therapy, earned educational degrees and taken self-help classes in prison and had shown “increased maturity and rehabilitation.” But Van Houten also has “gaps in insight” that continue to make her a danger to society, Newsom said.

Van Houten has had 21 parole hearings since 1982. Most parole boards denied her bid for freedom. But five panels have recommended her release since 2016, saying she had expressed remorse and was no longer a threat to public safety.

Newsom rejected a recommendation made last November, and previously reversed parole recommendations in 2019 and 2020. In February, the California Supreme Court refused to hear Van Houten’s appeal of the 2020 rejection.

KYIV, Ukraine _ Russia’s pledge to scale back some military operations in Ukraine drew skepticism even as the two nations planned to return Wednesday to talks that could produce a framework for ending the war that has imposed an increasingly punishing toll.

Ukrainian President Volodymyr Zelenskyy said there was no reason to believe Russia’s announcement that it would reduce military activity near Kyiv, the capital, as well as in the northern city of Chernihiv, given what’s still happening on the ground.

“We can call those signals that we hear at the negotiations positive,” he said in his nightly video address to the Ukrainian people. “But those signals don’t silence the explosions of Russian shells.”

It was a bitter reality check in a rare moment of optimism five weeks into what has devolved into a bloody war of attrition, with thousands dead and almost 4 million Ukrainians fleeing the country.

Earlier Tuesday, Ukraine’s delegation at the conference, held in Istanbul, laid out a framework under which the country would declare itself neutral and its security would be guaranteed by an array of other nations.

Moscow’s public reaction was positive, and the negotiations were expected to resume Wednesday in Istanbul.

Meanwhile, Germany triggered an early warning level for natural gas supplies and called on consumers to save energy amid concerns that Russia could cut off deliveries unless it is paid in rubles.

Western nations have rejected the Russian demand for ruble payments, arguing it would undermine the sanctions imposed against Moscow over the war in Ukraine.

Canadian sailors got a daily rum ration for the last time, ending a navy tradition dating back to 1667.

The rockers had been scheduled to play at the Grammy Awards in Las Vegas on Sunday as well as spring dates at the Beale Street Music Festival; the New Orleans Jazz & Heritage Festival; Columbia, Maryland; Raleigh, North Carolina; Daytona Beach; Charlotte, North Carolina; the Boston Calling Music Festival; and summer dates in Germany, Italy, Spain, Portugal, France and the UK.

“It is with great sadness that Foo Fighters confirm the cancellation of all upcoming tour dates in light of the staggering loss of our brother,” the band said in a statement Tuesday.

Hawkins died Friday during a South American tour with the rock band. He was 50.

“We’re sorry for and share in the disappointment that we won’t be seeing one another as planned,” the band’s statement read.

“Instead, let’s take this time to grieve, to heal, to pull our loved ones close, and to appreciate all the music and memories we’ve made together.”

Hawkins was Alanis Morissette’s touring drummer when he joined Foo Fighters in 1997. He played on the band’s biggest albums including “One by One” and “In Your Honor,” and on hit singles like “Best of You.”

In lead singer David Grohl’s 2021 book “The Storyteller,” he called Hawkins his “brother from another mother, my best friend, a man for whom I would take a bullet.”

OTTAWA _ Canada’s Conservatives continue to reject the target the Liberal government set for reducing greenhouse gas emissions by 2030, as the party searches for a new leader who will decide its approach to tackle climate change.

On Tuesday, the federal government released its plan for how it hopes to achieve its latest goal, which is to cut carbon-related pollution by 40 to 45 per cent from 2005 levels by the end of the decade.

Tory environment critic Kyle Seeback says the party doesn’t support that plan. Instead, it favours the target the Conservative government set back in 2015 under the leadership of former prime minister Stephen Harper.

When he came into office later that year, Prime Minister Justin Trudeau signed onto the plan, committing under the Paris agreement to reduce the country’s greenhouse gas emissions to 30 per cent below 2005 levels by 2030.

Last year Trudeau increased those targets ahead of international climate talks in the fall, saying Canada now aims for 40 to 45 per cent below 2005 levels.

“It’s great to intend things and to hope for things,” Seeback said on Tuesday. “What we need (are) actual plans that result in emission reductions and what we get from this government are plans that cost a lot of money.”

He pointed out that the Liberals have failed to achieve past climate goals and dismissed the plan presented Tuesday as lacking in details about the impact the reductions would have on resource-based industries and taxpayers.

“I’m all for aspirational things, but at the end of the day, what we need are plans that actually work and don’t have incredibly catastrophic effects on the Canadian economy.”

This report by The Canadian Press was first published March 30, 2022.