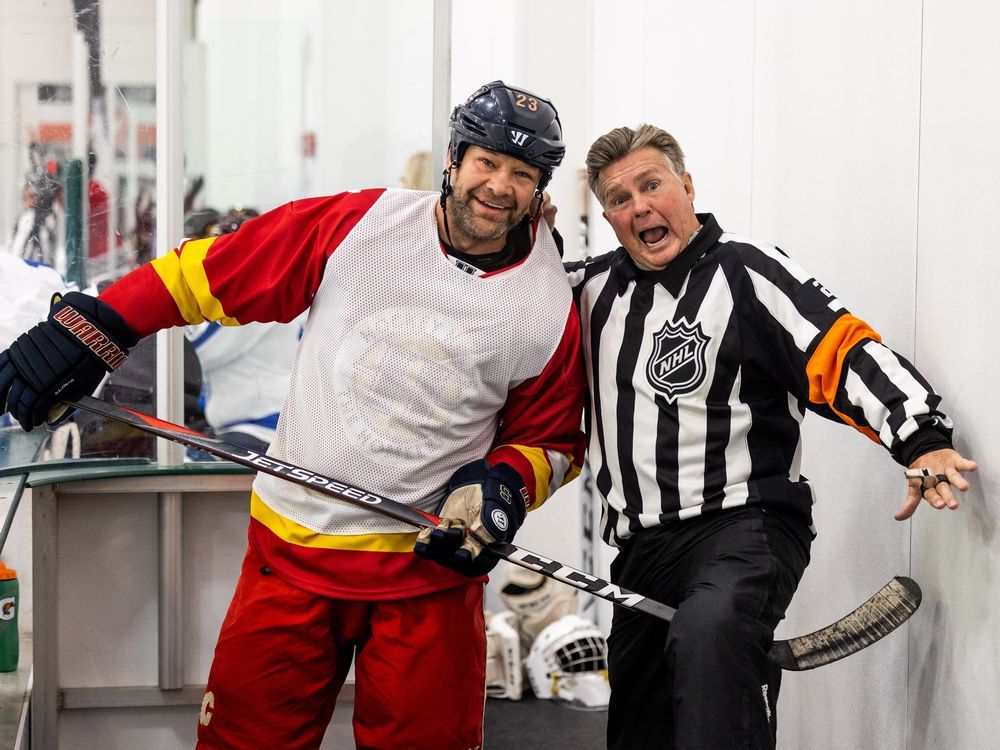 “The local hockey fans love the fact they can see and touch and talk to these guys that they watched in the NHL for all those years, and create those memories,” former NHL referee Kerry Fraser said.

The reception Kerry Fraser received during his stop this week in Saskatoon was more appreciative — and less colourful — than what he experienced during a trip early in his hall-of-fame career as a hockey referee.

Before he made the jump to the National Hockey League, where he would eventually officiate more games than any ref in NHL history, Fraser found himself in Flin Flon, Manitoba in charge of a Western Hockey League game between the host Bombers and visiting Saskatoon Blades. Determined to make sure everyone knew who was in charge, Fraser didn’t hesitate to blow the whistle.

“Fans were throwing stuff at me, they were trying to grab me as I was going along the wall. I ended up patrolling centre ice,” Fraser said with a laugh on Friday during the Hockey Helps The Homeless fundraising event at Merlis Belsher Place. The organization hosts pro-am hockey tournaments across the country, with 100 per cent of the net proceeds staying in the community.

Fraser said he hid out in his Flin Flon hotel room during a day off, but was back on the ice 48 hours later.

“The second game was just as bad. I stepped on the ice; they were throwing stuff before I even dropped the puck.”

Fraser has a near-endless array of stories, each of which fans in Saskatoon delighted in hearing. One such tale: the Brandon Wheat Kings, at home, were getting demolished. As Fraser tells it, the Brandon captain was sent over to ask, very politely, if his coach could get penalized for thinking. Fraser said thinking was OK, as long as they stayed as inside thoughts.

Fraser couldn’t help but laugh. He gave the coach a thumbs up and got a smile back.

Sharing those interactions are some of Fraser’s favourite moments at events such as Hockey Helps The Homeless. Among the participants were ex-NHLers Wendel Clark, Guy Carbonneau, Brian Skrudland, Gary Peters and more.

“The local hockey fans love the fact they can see and touch and talk to these guys that they watched in the NHL for all those years, and create those memories,” Fraser said.

Saskatoon organizations that will benefit include the Saskatoon Food Bank, United Way and Friendship Inn.