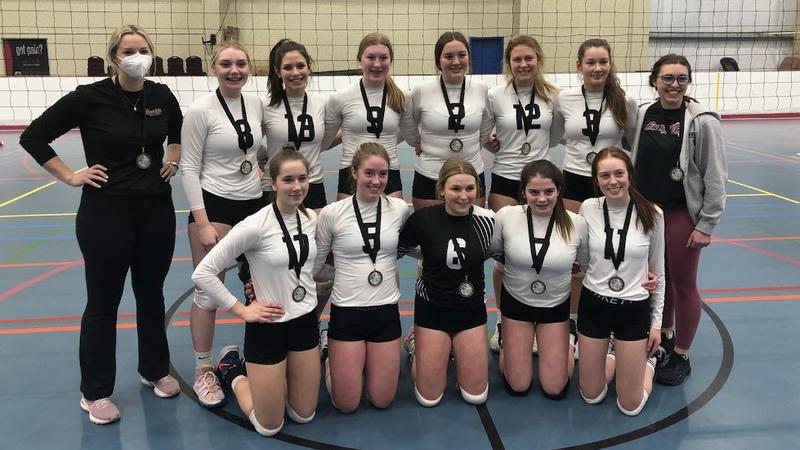 The U16 Sask Cup #3 was held in Lloydminster over the weekend, and Prince Albert’s Optimist Toppers En Fuego squad left their mark on the court.

After going 2-1 during round robin play, En Fuego would beat Lanigan in their opening playoff game before losing to Stealth Charlie in the semi-final (25-19, 25-19).

Meanwhile back in Prince Albert, the Toppers hosted a U14 tournament at Carlton High School. Here were the final results: