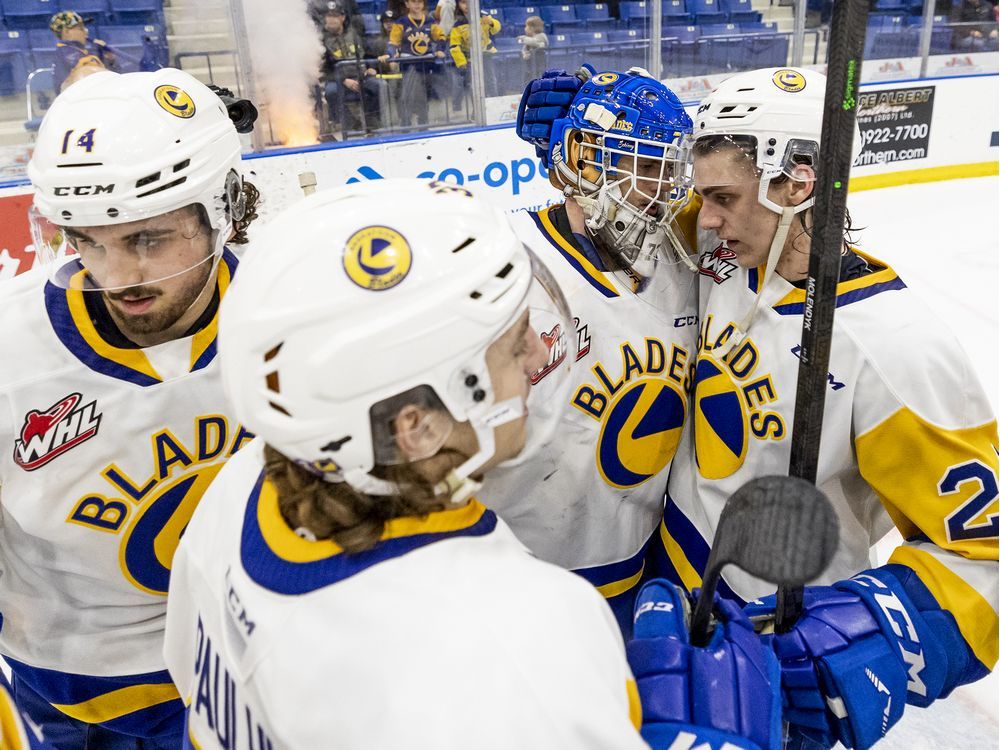 The Blades fell 6-3 to the host Moose Jaw Warriors on Friday night as the Warriors took their best-of-seven Western Hockey League playoff series 4-1.

The Saskatoon Blades’ season has come to an end.

The Blades fell 6-3 to the host Moose Jaw Warriors on Friday night as the Warriors took their best-of-seven Western Hockey League playoff series 4-1.

The Warriors now advance to the WHL Eastern Conference semifinal.

Josh Pillar tallied twice for Saskatoon in Friday’s loss. Trevor Wong had the other goal for the Blades, who trailed 2-1 and 3-2 by periods.

Jagger Firkus had a pair of goals for Moose Jaw, which got singles from Denton Metaychuk, Thomas Tien, Atley Calvert and Robert Baco, with the latter scoring into an empty net as the Blades pulled goalie Nolan Maier for an extra attacker.

The Blades brass will now set their sights on the 2022 WHL U.S. Priority Draft and 2022 WHL Prospects Draft scheduled for May 18-19, respectively.