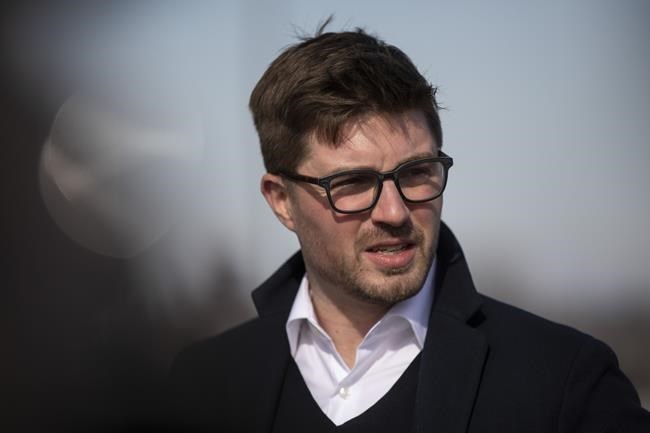 MANALAPAN, Fla. — Kyle Dubas flashed a smile. “Officiating,” he added with a laugh before a brief pause. “Everything’s great with officiating.

“Officiating,” he added with a laugh before a brief pause.

The Toronto Maple Leafs general manager was making light of the always-sizzling topic of what gets called and what doesn’t in the NHL.

Dubas and the league’s 31 other GMs heard from director of officiating Stephen Walkom on Monday as part of their first in-person meeting since before the COVID-19 pandemic in March 2020.

“It’s not perfect and they recognize that,” Dubas said. “That’s something that Stephen had said that was very clear. The game goes so fast. We’re not perfect in management, coaching, playing.

“When you talk to Stephen after you cool down when you’re hot about a call after your game, he’s generally very good at going through things that they’re going through.”

Dubas and the Leafs were left seething earlier this month when a blatant holding penalty against Auston Matthews was ignored on the deciding sequence in an overtime loss to the Arizona Coyotes.

The NHL’s leading goal-scorer has the puck on his stick often and gets plenty of attention from defenders, but has drawn an absurdly low nine infractions this season.

That puts him in a tie for 304th – on par with the likes of Curtis Lazar, Michael Amadio and Warren Foegele.

Oilers star Connor McDavid, meanwhile, has seen a league-high 44 penalties called against opponents checking him. Many have come after the issue was raised publicly by the Edmonton captain.

Dubas added he understands the difficulty of officiating an NHL game, and how thankless the job is by nature.

“No one’s ever happy with it. You’re only unhappy with it,” he said. “When you win the game and everything has gone fairly well, you don’t really credit officiating, you credit your team. When things go poorly, and we’ve had some moments like that this year, it’s easy to look at the officiating and say it has gotta be on them.

“When really you put yourself in a position to get there where one call either way can dictate the game.”

Dubas pointed out taking issue with officials is universal in sports.

“You we understand not everyone’s perfect,” he said. “We certainly are far from perfect and make more mistakes than they do.”

With his team in a tight race for Atlantic Division playoff positioning, Dubas said he’s never once asked for an explanation on the lack of calls Matthews receives.

But the Leafs GM has some theories, including the player’s six-foot-three, 205-pound frame.

“He barely ever gets knocked down and he doesn’t really complain,” Dubas said. “He was obviously upset (against Arizona) because we lost the game on a play that was a missed call. But he’s not one that complains. He just goes and does his thing and rolls.

“We wish the way that he played would draw more, but they don’t deem that it does.”

This report by The Canadian Press was first published March 28, 2022.