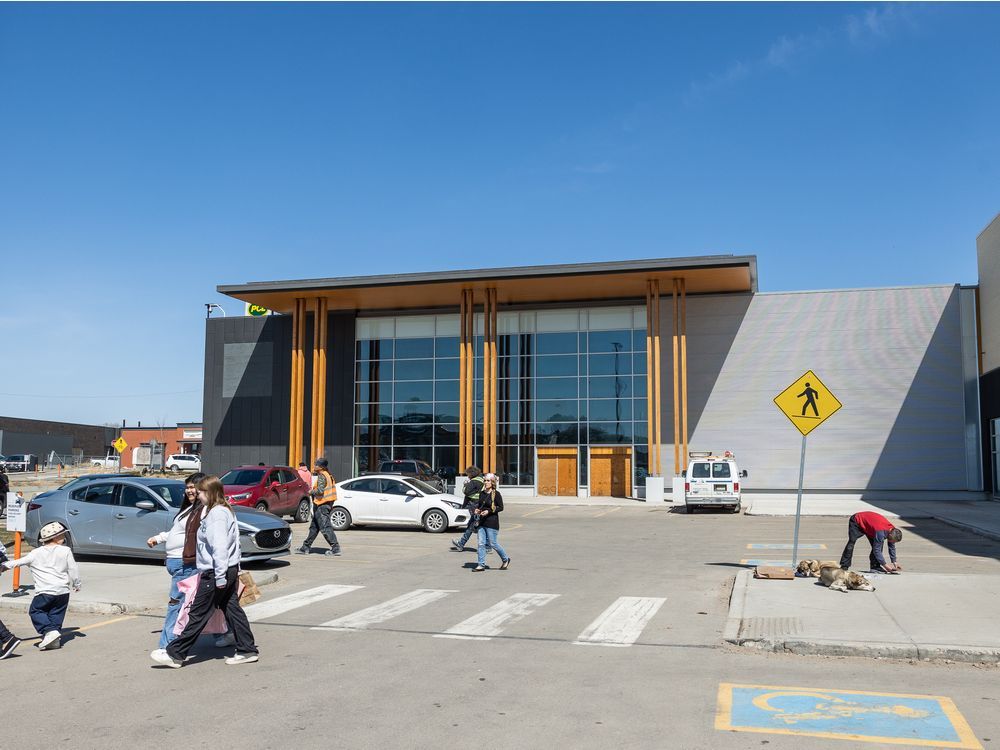 “We are willing to make a bet on downtown.”

The developer behind a request for city help to get a grocery store built in downtown Saskatoon is reassessing the need for tax relief in light of new information, but continues to call for road improvements near the proposed site.

Arbutus Properties earlier this month wrote the city asking for a tax break in support of a proposed Pitchfork Market + Kitchen location to be built in Midtown Plaza. A city report to Monday’s meeting of city council’s transportation committee included details of an existing tax deal for the space.

Midtown’s owners got a tax break in 2018, in support of an $80 million renovation to the former Sears Canada department store. The five-year tax break takes effect after renovations are complete and the space is occupied. The value of the relief was estimated in 2018 at $565,000 per year, split between the municipal and provincial shares of the property tax. This amount will be reassessed when the tax break kicks in.

Murray Totland, director of planning for Arbutus, said the company and Midtown will have further discussions on what the tax break means for Pitchfork. For now, he’s focusing on Arbutus’s second request, for improvements to the intersection at Idylwyld Drive and Auditorium Avenue, he said.

City staff are recommending that council approve $220,000 in discretionary funds for traffic lights and other upgrades. Reasons given in the report are that the improvements are already included in long-term plans for Idylwyld, would enhance safety and convenience for drivers and pedestrians, and would help the proposed grocery store.

While Totland works to guide the proposal through city hall, Pitchfork director of retail operations Chris Brychun is preparing to open a new flagship location, after Pitchfork’s first store launched last June in The Meadows. He said it’s “an amazing feeling” to be contemplating expansion so soon.

Brychun suggested he’s found an element of redemption in working with Pitchfork after 25 years in Saskatoon retail, often for larger chains.

“Having potentially affected some of the smaller retail in neighbourhoods, it’s a really good feeling to be part of something that’s going to ‘re-birth’ that in the neighbourhood grocery scene,” he said.

Although downtown has proven a tough market for every grocer that’s come before, Grychun said he’s confident in Pitchfork’s model: a smaller footprint, restaurant and ready-made takeout options and support for local producers.

Council has grappled in recent weeks with issues of homelessness, poverty, safety and cleanliness downtown, after fielding complaints from businesses and residents near a 75-bed shelter operated by the Saskatoon Tribal Council on First Avenue North, just blocks from the proposed Pitchfork location.

Totland said the company still sees far more to like than dislike about being in the city centre.

“We are willing to make a bet on downtown,” he said. “I think every downtown, probably, has some issues it’s dealing with,” he added, before listing the advantages he sees in the location.

“We think there’s sufficient market there, we think we can serve the surrounding communities, help fill that need and really provide that amenity that’s been missing downtown for a long, long time.”

The news seems to be flying at us faster all the time. From COVID-19 updates to politics and crime and everything in between, it can be hard to keep up. With that in mind, the Regina Leader-Post has created an Afternoon Headlines newsletter that can be delivered daily to your inbox to help make sure you are up to date with the most vital news of the day. Click here to subscribe.