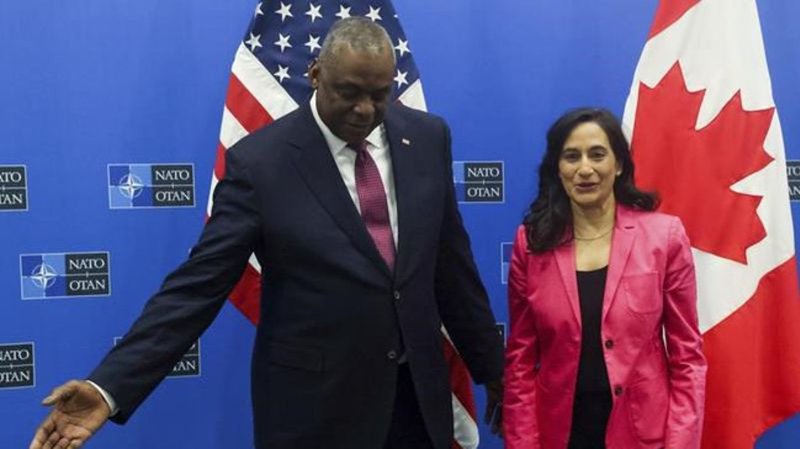 The effort is sure to carry a heavy price tag, even as the $8 billion over five years in military spending promised in Canada’s latest federal budget falls short of NATO’s funding target.

“We’re delighted to be able to welcome her here into the Pentagon, her and her staff,” spokesman John Kirby told the daily briefing Wednesday.

“As you’d imagine, there’ll be a lot of things to discuss. Obviously, what’s going on in Ukraine, but also our shared Norad responsibilities, the Arctic, the Indo-Pacific — there’s a lot on the agenda.”

Military officials have been warning for years that Norad, the 1980s-era system shared by the U.S. and Canada, is unable to detect the most perilous long-range and hypersonic threats.

The two countries have long promised to do what’s necessary to bring the system into the 21st century.

“We reaffirm our commitment to supporting Norad’s ability to detect, deter, and defend against aerospace threats and to detect maritime threats to North America, today and in the future,” they said in a joint statement.

“In particular, Norad must be able to detect and identify those threats earlier and respond to them faster and more decisively, including aerospace threats transiting our northern approaches.”