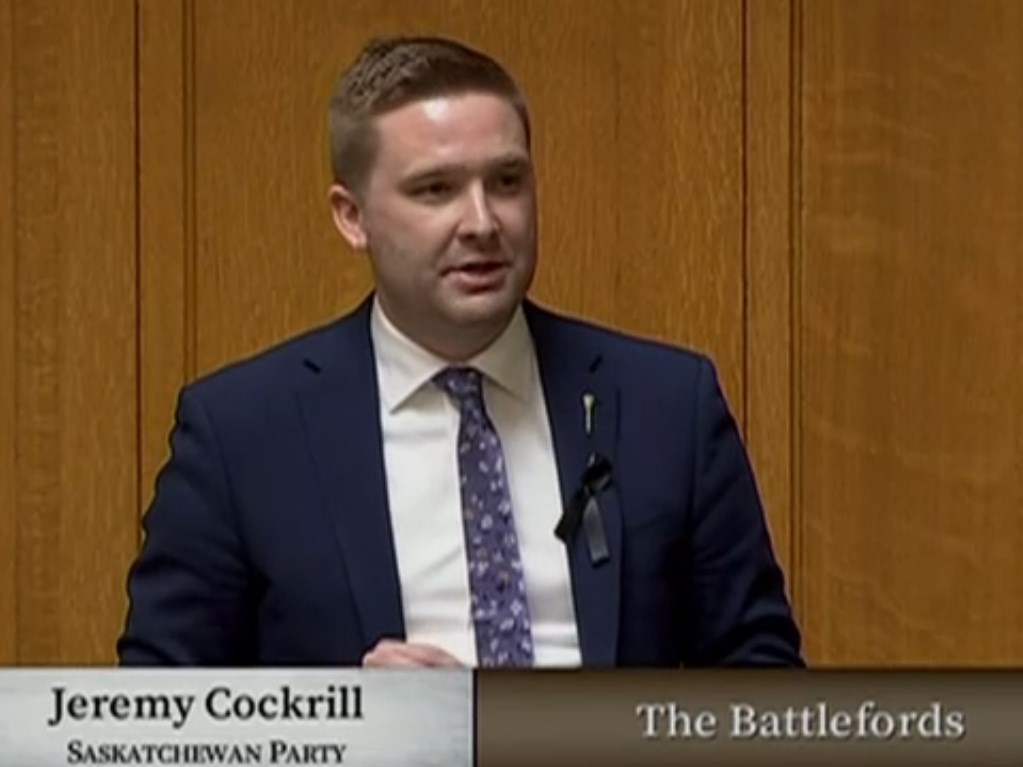 The full statement of Cockrill’s remarks in the Legislature is below, as recorded in Hansard.

Mr. Cockrill: — Thank you, Mr. Speaker. It feels like every week a member on this side of the House gets to rise and talk about more good economic news for our province. Mr. Speaker, this week is no exception.

Stats Canada recently released retail trade numbers for the month of February, and compared to January 2022, the value of retail trade in Saskatchewan increased by 2.4 per cent, the third-highest increase among the provinces and well above the national average of just 0.1 per cent. Compared to February 2021, the increase was even more significant — 13 per cent, highest among the provinces, and again well above the national average of 7.4 per cent. And this is just the latest good economic news, Mr. Speaker.

A few weeks ago we saw that Saskatchewan was leading the nation in both wholesale trade and manufacturing sales, both month to month and year over year for the month of February 2022. The labour force survey for March 2022 showed that Saskatchewan has the second-lowest unemployment rate in the country at five per cent, and 27,700 jobs were added compared to March 2021, a five per cent increase which was the second highest among the provinces.

There are other numbers I could mention, Mr. Speaker, but I think it’s clear, at least to members on this side of this House, that Saskatchewan’s economy is back on track. Thank you.