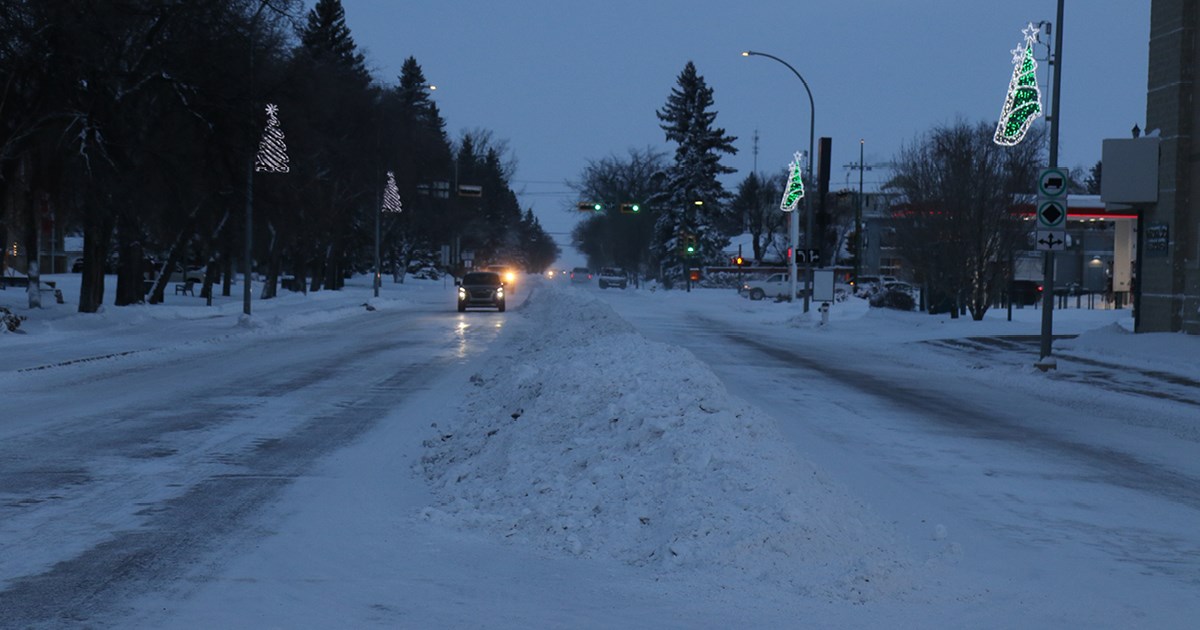 After the large snowfalls of the past few days, the City of Humboldt will plow the streets following a priority system that has four tiers.

HUMBOLDT — After the large snowfalls of the past few days, the City of Humboldt will plow the streets following a priority system that has four tiers.

“With the recent snow fall, please be patient while our city crews clear streets and sidewalks,” the city said on its Facebook page.

Priority 1 streets are purple, Priority 2 are yellow, Priority 3 are green and roads dealt with by Saskatchewan Highways are blue.

Priority 1 streets are the highways, downtown core and emergency routes first. Plowing on Priority 1 streets begins after the accumulation of five centimetres of dense snow. If the snow is light and fluffy enough to pack down well, then it’s not as large of a concern for the city.

Priority 2 streets are those that allow access to schools and businesses. Like Priority 1s, they are cleared with five centimetres of dense snow.

For both of the top two priorities, the goal is to have them cleared within two days after a snowfall.

Priority 3 streets, the major streets through residential areas, are cleared after 7.5 centimetres of dense snow. The goal is to complete them one business day after Priority 1s and 2s.

All other streets in town are cleared after 10 centimetres of dense snow, but are only cleared down to approximately five centimetres of packed snow on the streets.

As for sidewalks, the city focuses on clearing downtown first, highways and routes to schools second, and trails third. For the ones near city streets, the city aims to have granular material on the sidewalks within 48 hours of it refreezing. Residential sidewalks aren’t plowed, nor is there a requirement to keep them clear.