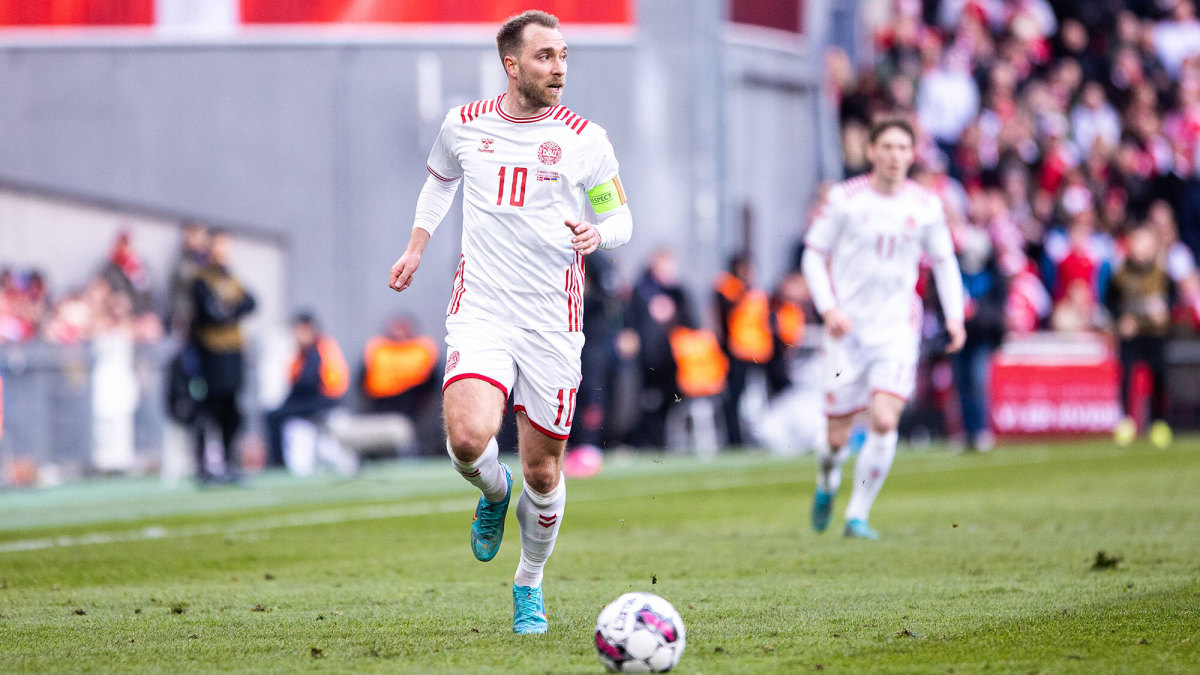 Ever since Christian Eriksen embarked on his comeback, he has seemed to outdo his most recent incredible feat. And on Tuesday in Copenhagen, he did it again.

In his first game at Parken Stadium, the site of his horrifying collapse last June, Eriksen not only led the Denmark team out as captain, but he scored his second goal in as many games for the national team.

In the 57th minute of a friendly against Serbia, Eriksen took a pass at the edge of the area and took two touches before ripping a shot into the bottom corner. What followed was a triumphant celebration in front of the home support, a stark contrast to harrowing silence from the moment of his collapse after suffering cardiac arrest months ago. Denmark wound up winning the match between the two World Cup–bound teams, 3–0.

It was goalkeeper Kasper Schmeichel, who previously filled in as captain in place of the injured Simon Kjaer, who suggested that Eriksen lead the team out as captain. But on Tuesday, Eriksen made it look like more than a symbolic gesture, and has made it clear in recent months that has his sights set on playing for Euro semifinalists at the 2022 World Cup in Qatar.

“It will definitely be very special because I have not been to Parken since it happened,” Eriksen said Monday, per the Associated Press. “Now I am incredibly looking forward to being back on the field here in the Park and being a football player.

“Because that’s what it’s about for me. But I also look forward to the fact that after the match we can put it behind us.”

On Saturday, Eriksen came on as a halftime substitute in a friendly against the Netherlands and wasted no time at all, scoring two minutes into his first appearance for the national team since the June 12 incident v. Finland.

The 30-year-old midfielder signed with Brentford at the end of the January transfer window and has made three Premier League appearances, including two starts.