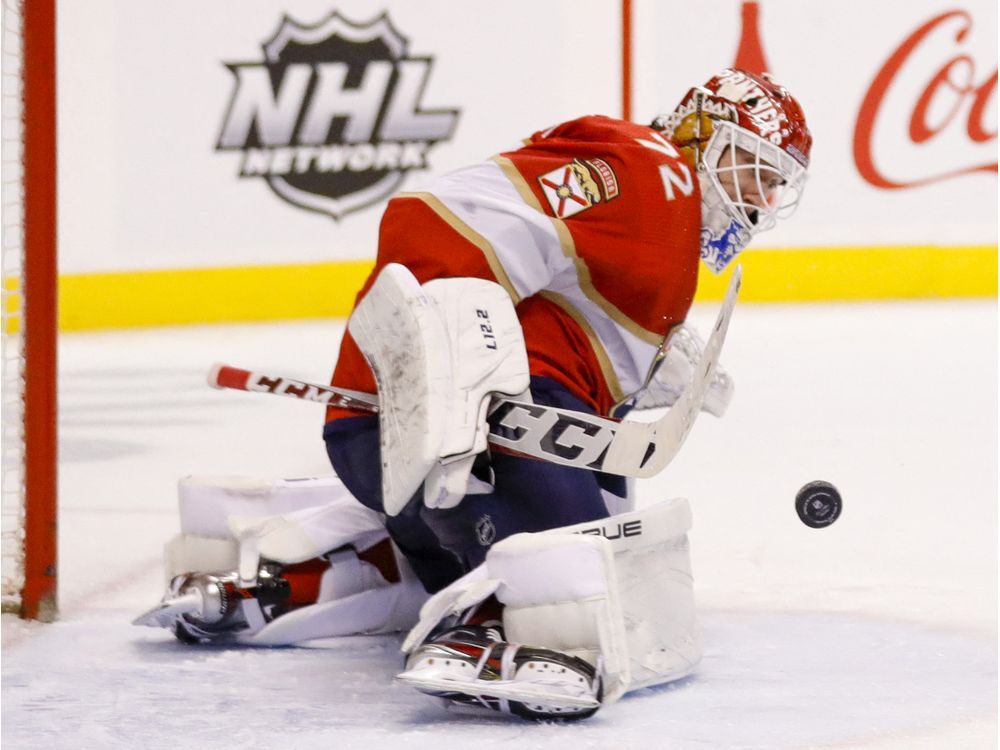 The matchup: This is the third of four meetings between these Atlantic Division rivals and their second in six days. The Panthers won 5-2 in Sunrise, Fla., on New Year’s Day but it was closer last Thursday when the Canadiens kept it close before losing 4-3. These teams are definitely not close in the standings. The Panthers are coming off a 5-2 loss to Toronto Sunday but they are 7-2-1 in their last 10 games and lead the Eastern Conference with 94 points, which is exactly twice the 47 points collected by the last-place Canadiens, 3-3-4 in their last 10 after losing 3-2 in a shootout Sunday in New Jersey.

Allen back in goal: Sam Montembeault turned in a strong performance in New Jersey Sunday but Jake Allen will return to play his sixth game in seven starts since he spent more than two months on the injured reserve list with a wrist injury. In Allen’s last start, he made a career-high 49 saves Saturday as the Canadiens defeated the arch-rival Toronto Maple Leafs 4-3. Allen has a 2-1-2 record in his comeback with a .932 save percentage and he has faced at least 40 shots in each of his last three starts. Allen will continue to bear the brunt of the work until Carey Price makes his long-awaited season debut.

Bobrovsky is good enough: Sergei Bobrovsky isn’t as good as he was when he won the Vézina Trophy twice while playing for the Columbus Blue Jackets, but the 33-year-old Russian doesn’t have to be because he’s playing behind the No. 1 offensive team in the NHL. Bobrovsky has a decent 2.59 goals-against average and  a .916 save percentage but he has a stellar 31-6-3 record because the Panthers score lots of goals. The goaltender of the future in Florida is former Boston College standout Spencer Knight. He has a 13-9-4 record with a 2.94 goals-against average and a .904 save percentage.

Young King Cole: Rookie Cole Caufield picked up an assist in New Jersey as he continues to pile up the points since Martin St. Louis took over as head  coach. Caufield, who has a three-game points streak, has 13 goals and 25 points in 21 games on St. Louis’s watch. He has 33 points overall and is eighth in the NHL rookie scoring race after a frigid start. Caufield isn’t the only Canadiens rookie putting up points. Rem Pitlick, who scored his 13th goal of the season in New Jersey, is right behind Caufield in the rookie race with 30 points He has seven goals and 12 assists in 30 games since the Canadiens claimed him off waivers from the Minnesota Wild in early January.

A Hart for Huberdeau? The speculation about the Hart Trophy has revolved around Auston Matthews, Connor McDavid and New York Rangers goaltender Igor Shesterkin, but there’s a case to be made for Jonathan Huberdeau. The 28-year-old from St-Jérôme is having a career season with 90 points, including an NHL-best 69 assists. He’s third in the NHL scoring race, seven points behind McDavid, and the Panthers have the second-best record in the NHL behind Colorado. There’s no shortage of 20-goal scorers on the Florida roster. Aleksander Barkov leads the way with 28, followed by Anthony Duclair (26), Sam Bennett (25), Sam Reinhart (24) and Huberdeau and Carter Verhaeghe with 21 each. Aaron Ekblad is among the top-scoring defencemen in the NHL with a team-record 57 point but he’s out with a knee injury suffered March 19 in Anaheim.