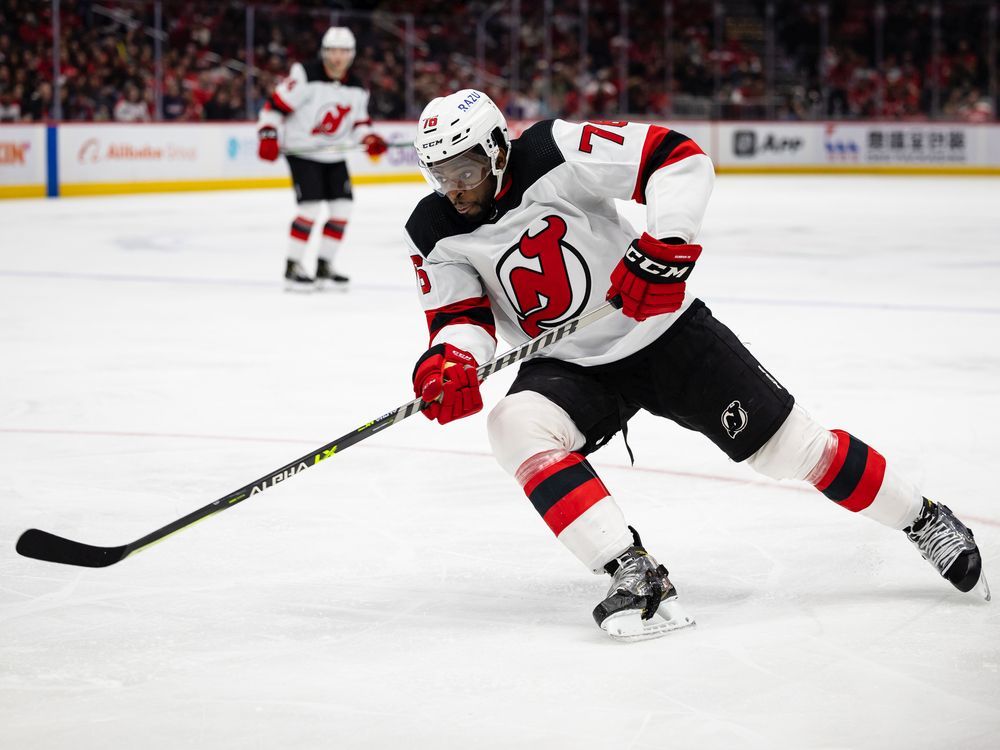 The matchup: This is the second game in a back-to-back situation for each team, but it wasn’t planned that way. This game was originally scheduled for December, but was postponed because of COVID. The Canadiens were at home Saturday and shocked the Toronto Maple Leafs 4-2. The Devils were in Washington, where they dropped a 4-3 decision to the Capitals. This is the second of three meetings between the teams with the two worst records in the Eastern Conference. The Devils were 7-1 winners at the Bell Centre on Feb. 8 in Dominique Ducharme’s final game as head coach.

It’s Sam’s turn: If Montreal was still in playoff contention — they were officially eliminated Friday when Washington beat Buffalo — you’d probably see Jake Allen make his sixth consecutive start. But the Canadiens aren’t going anywhere and Allen deserves a night off after he made a career-high 49 saves against the Leafs. Sam Montembeault will get the call and he’s hoping to erase the memory of his last start on March 15 against the Arizona Coyotes. He gave up four goals on 11 shots before he was pulled after the first period. He has a 7-13-5 record with a 3.71 goals-against average and .894 save percentage.

Missed opportunity for Hammond: It’s unfortunate Andrew Hammond was injured when the Canadiens traded him to the Devils last week because he might have stepped into the starting role in New Jersey. Instead, he’s on the injured reserve list along with No. 1 Mackenzie Blackwood (heel) and veteran Jonathan Bernier (hip). Nico Daws, a rookie from Germany, has captured the No. 1 role and he has a 7-7-0 record with a 3.06 goals-against  average. The Devils other healthy goaltender is journeyman Jon Gillies. He has a 3-10-0 record with a 3.80 GAA, but one of his wins was that Feb. 8 game in Montreal, where he stopped 30 of 31 shots.

Injury bug hits Canadiens again: Montreal will probably be looking for some help from the farm as they embark on a four-game road trip. Forwards Michael Pezzetta and Tyler Pitlick both left Saturday’s game with injuries and the Canadiens are short of bodies unless they are quick healers. The only extra forward for the Toronto game was Mathieu Perreault and that means a call-up from Laval unless Martin St. Louis wants to go with 11 forwards and seven defenceman. The Canadiens will also hit the road without defensive coach Luke Richardson. He turned 53 Saturday, but didn’t have much to celebrate as he entered the NHL’s COVID protocol. Alex Burrows took over took over Richardson’s duties.

Former Canadiens struggling: P.K. Subban is in the final season of that eight-year, $72-million contract he signed with the Canadiens and it’s a sure bet he’ll moving on after this season. The 32-year-old Subban has been relegated to the third pairing in New Jersey and the only special teams action he sees in on the penalty-kill. He has five goals and 16 assists in 62 games and is minus-7. Tomas Tatar, a perennial 20-goal scorer who signed a two-year contract with the Devils as a free agent after the Canadiens let him walk, has 12 goals and 14 assists. Jesper Bratt is New Jersey’s top scorer with 68 points, including 22 goals. Jack Hughes also has 22 goals and 52 points.