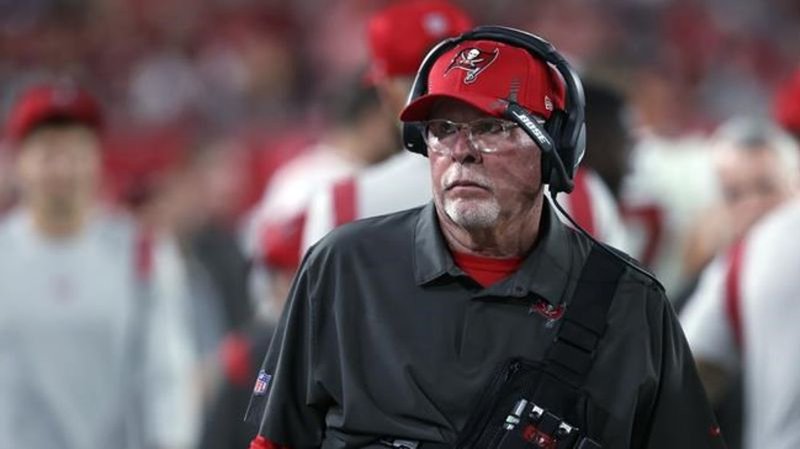 “I have spent most of the last 50 years of my life on the sidelines as a football coach in one form or another,” Arians said in a statement released by the team. “Today, I have made the decision to move from the sidelines into another role with the Buccaneers front office, assisting (general manager) Jason Licht and his staff.

“I love football. I love the relationships, the strategy, the competition — everything. It has been one hell of a ride, but I know this is the right time for me to make this transition.”

It is the second major retirement announcement for the Bucs this offseason, following Brady’s announcement in February that he was ending his career. Brady, a seven-time Super Bowl champion quarterback, returned 40 days later, saying he would return for a 23rd season and noting he had “unfinished business.”

Brady, in an Instagram post Wednesday night, said Arians was a major part of his decision to play for Tampa Bay and that he’ll be “forever grateful.”

“You are an incredible man and coach, and it was a privilege to play for you,” Brady wrote. “You are a true NFL legend and pioneer for all the work you have done to make the league more diverse and inclusive. Smart, tough, and loyal are a few of the words to describe your style. I will always remember the conversations we had when you recruited me two years ago and all of the things we discussed came true.”

There was no public indication at the NFL’s annual meetings on the Atlantic side of the state in Palm Beach, Florida that such a move was coming. Arians was there, briefly, and did an interview with NFL Network about what the team would have done to replace Brady if the quarterback hadn’t changed his mind. Licht addressed reporters for a short time during the meetings, as did team co-owner Joel Glazer.

Arians did not do a group interview there, with the team saying he was leaving for personal reasons. He was also one of the four coaches who opted to not be part of the annual group photo of all NFL head coaches at the meetings.

“I am appreciative of the Glazer family and Jason Licht for having faith in me to take on this role, and to Coach Arians for his support and guidance over the past four decades,” Bowles said. “Tampa has become home for my family, and we are excited to remain part of this community for years to come. … I am eager to get started with our players, coaching staff, and front office in preparation for the 2022 season.”