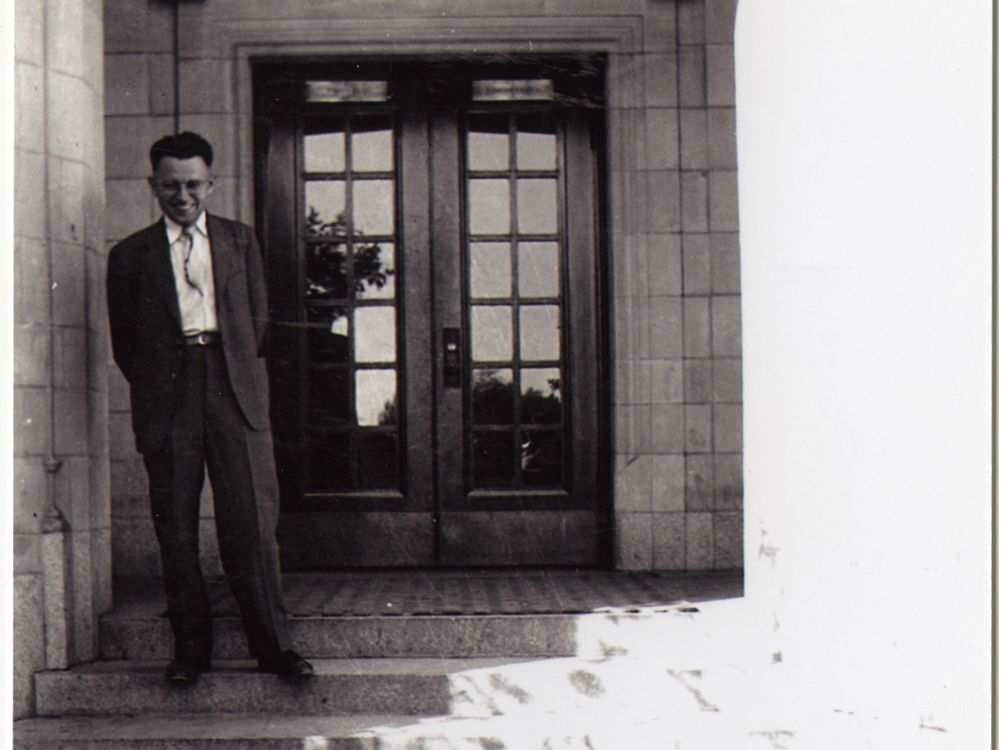 It was 1935, and Gerhard Herzberg was scrambling to find a new country. The Nazis’ rise to power forced him and his wife Luise, who was Jewish, out of a top-tier academic perch in Germany.

Professors couldn’t teach if their spouses were Jewish. The anti-Semitism under Nazi rule put Luise, an accomplished scientist in her own right who often collaborated with her husband, at even greater risk.

John Spinks, a chemistry professor from the University of Saskatchewan, was staying in Germany at the time while the U of S gave its unmarried faculty leave as its finances struggled.

Spinks had an idea: the Herzbergs could find safe haven at the small Prairie university in Saskatoon.

“They had to look it up (to find it). They didn’t have any sort of reference point. They’ve never been to Canada, but they took the chance and went anyway,” said Dimitry Zakharov, a history PhD student at U of S who studied Herzberg for the 50th anniversary of his Nobel Prize.

“It was apparently a big shock for them. Arriving on the train in the evening, it’s not a metropolis.”

They arrived in Saskatoon with only a few dollars but found a German-speaking community while also forging ties with artists in the city. They were the latest additions to a long list of famous scientists who fled the Nazis.

Agnes Herzberg, Herzberg’s daughter and a professor emeritus in statistics at Queen’s University, can’t remember her parents broaching the subject of leaving Germany in her childhood.

“It’s a bit like those people who fought in the war,” she said. “Some things were very painful: That you had to leave your native land when maybe you didn’t want to.”

She described Saskatoon as “quite a community” when she was growing up. She said her father was just as likely to be friendly with custodial staff as the University president.

As an adult delivering a talk in Saskatoon, she said the children of dry-cleaners her parents befriended approached her and told her stories about having her parents over for dinner.

“You got to know people, and that brought down barriers,” she said.

While his daughter may have few memories of discussing the family’s exodus, Herzberg’s correspondence with friends viscerally condemned the Nazis while citing German philosophers. “He hated nationalism,” Zakharov said.

He describes Herzberg as a vegetarian, a nature enthusiast, a teetotaller, a pacifist and a bit of a futurist; he imagined that scientific knowledge could help build a post-scarcity utopia where humanity overcame tribalism.

He was a workaholic, sometimes labouring six days a week and late into the evening, he said.

Herzberg also believed in knowledge for knowledge’s sake but ran into a problem pursuing that in Saskatoon. The U of S didn’t have the equipment he used in Germany.

Zakharov says Herzberg was in contact with remarkable scientists like Erwin Schrödinger and Robert Oppenheimer, though he was more of an experimentalist while others theorized.

“He was in that circle of people,” he said. “What people like Herzberg did was test those equations with spectroscopic work.”

Herzberg’s work offered key verification of other concepts and took them a step further by applying them to materials like molecules that were important to people in their daily lives, U of S physics Professor Alexander Moewes said.

“These were the golden times of quantum mechanics,” he said. “Basically, when you look through the people who won (those) Nobel Prizes, every physics student knows them.”

One of his most celebrated contributions — which helped him win the 1971 Nobel Prize in Chemistry — was on free radicals. They’re a kind of molecule, found everywhere, with wide-ranging applications from medicine to the environment, Moewes said.

U of S President Peter Stoicheff’s father, Boris, worked with Herzberg at the National Research Council. Stoicheff remembers the scientist as a regular dinner guest growing up, marking a friendship that culminated in Boris’ extensive biography of the man.

“I think he just really admired not only the scientist he was, but the person he was as well,” he said.

He also pointed out that former U of S president Walter Murray tried to arrange safe haven for the Herzbergs across Canada, before they eventually settled in Saskatoon.

“What Walter Murray was really trying to do was help a remarkable scientist find a position somewhere in this country,” he said.

While Herzberg left Saskatoon in 1945, he formed lifelong relationships in the city and left an indelible mark on the intellectual life of the university that took his family in when nowhere else could. When he won his Nobel Prize, he thanked the university and its faculty.

That legacy hasn’t faded either. A Herzberg exhibit is on the U of S campus until May 8 and is free to the public.

Mowes, a fellow German immigrant to U of S, also conducts experiments using synchrotron radiation. He was first introduced to Herzberg as a student laying in bed and pouring over academic texts. He never thought he’d be walking the same grounds as the scientist.

“We are all standing on the shoulders of Herzberg, even if they don’t know it. He carved out this field,” he said.