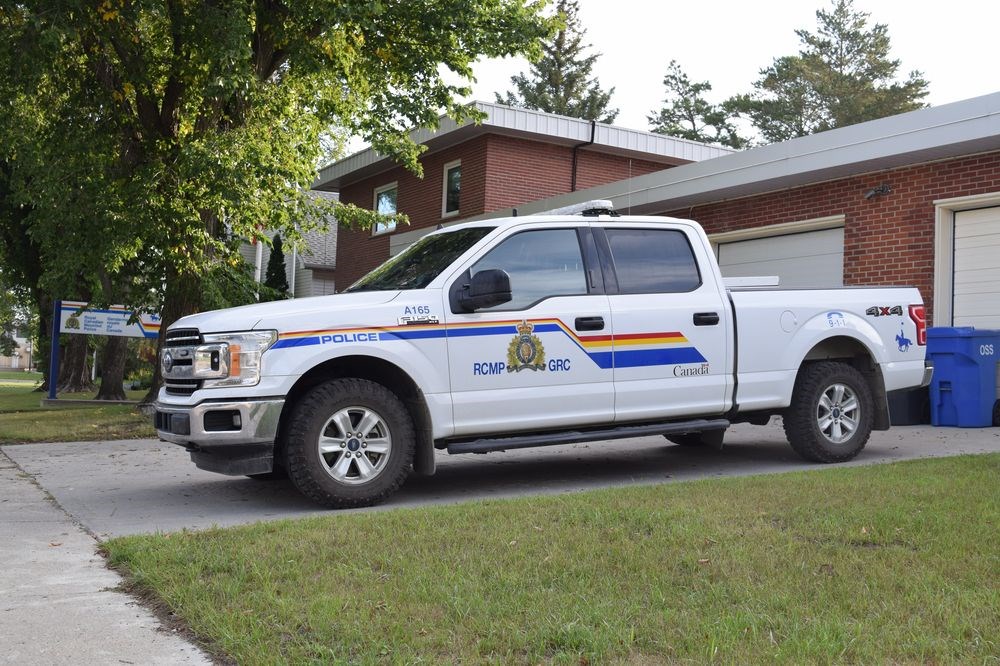 RCMP received a call from Preeceville reporting that a neighbour was throwing dog feces into their yard . Police followed up with the complainant and determined further police involvement was not required.

The Canora/Sturgis RCMP responded to 36 calls from June 2 to June 9, some of which included: two assaults, one assaulting a police officer, one false alarm, one Child Welfare Act call, one mischief, one theft, one Mental Health Act call, 12 traffic offences, two animal complaints, two failures to comply with probation calls, one uttering threats, one criminal harassment, one fraud, one taking a motor vehicle without consent, one missing person, and six other provincial incidents.

On June 2, the Canora/Sturgis RCMP were dispatched to a report of a missing woman from Canora. Police made extensive checks for the woman, and with the assistance of the Biggar RCMP the missing woman was located at a friend’s residence.

A complainant called the Canora/Sturgis RCMP on June 3 reporting a black bear roaming around Preeceville. Patrols were made but the bear was unable to be located.

The Canora/Sturgis RCMP received a complaint of a stolen red Honda quad from the RM of Preeceville on June 3. If you have any information about this incident, please contact the Canora RCMP, or you can also report anonymously via Saskatchewan Crime Stoppers.

On June 4, the Canora/Sturgis RCMP were dispatched to a complaint of four people stranded on a boat on Good Spirit Lake. The complainant was able to get the boat motor started and further police assistance was not needed.

A female called the Canora RCMP Detachment on June 6 requesting police come and arrest her.  The female was known to police to have an outstanding warrant of arrest for mischief. Police located the female outside a residence in Canora. Upon arresting the female, she told responding members “I’m sorry, I have to hit you.” The female then proceeded to hit one of the members with a knee strike. The female was arrested without further incident, and charged with assaulting a police officer.

A complainant from Preeceville called the Canora/Sturgis RCMP reporting a neighbour was throwing dog feces into their yard on June 6. Police followed up with the complainant and determined further police involvement was not required.

On June 7, the Canora/Sturgis RCMP were dispatched to a report of a male making threats to stab people on Main Street in Canora around 2 a.m. Police located the male sleeping in the trunk of a stolen vehicle. The male was arrested without incident and no further reports were received concerning the male threatening others.

The Canora/Sturgis RCMP responded to a complaint of a possible break-and-enter in progress in Canora on June 7. The complainant reported hearing voices coming from inside their garage. Police were immediately on scene and did not locate anyone inside the garage. The source of the voices can not be determined.

If you have any information about these or any other crimes, please contact the Canora RCMP at 306-563-4700, or you can also report anonymously via Saskatchewan Crime Stoppers at 1-800-222-TIPS (8477) or submit a tip online at www.saskcrimestoppers.com.

Call the Saskatchewan Ministry of Environment Turn In Poachers & Polluters (TIPP) Line, toll-free, at 1-800-667-7561 or #5555 from a Sasktel cellphone (phone calls only, no text messages).