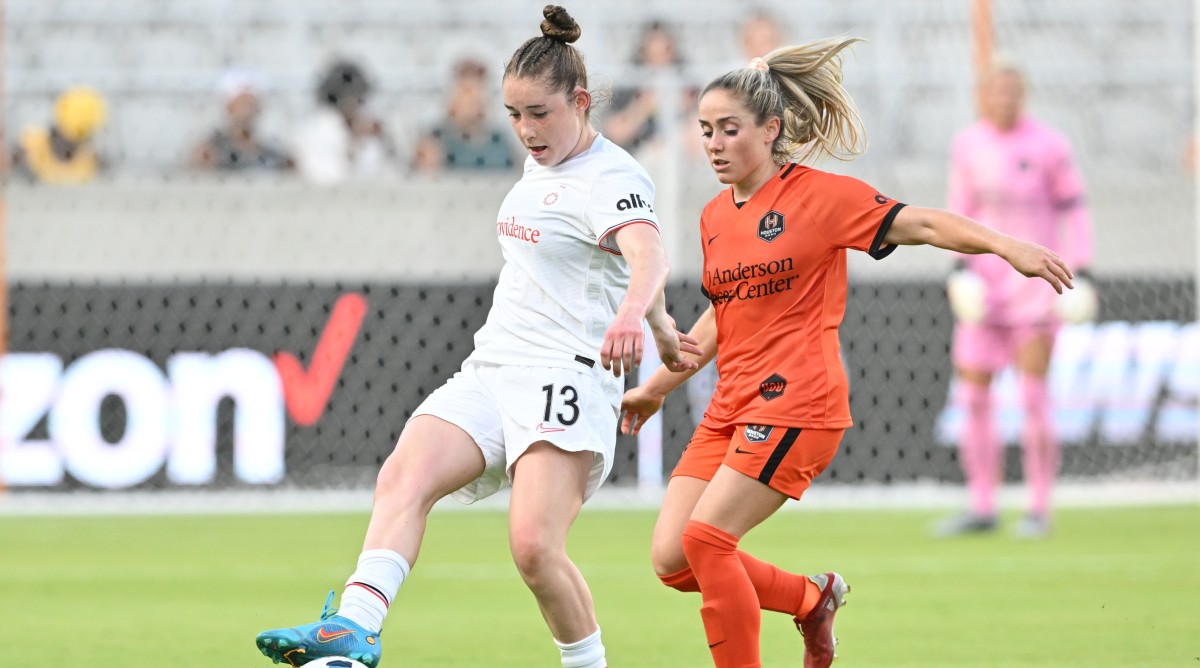 Thorns midfielder Olivia Moultrie became the youngest goalscorer in NWSL history when she found the back of the net for the first time in her career during Portland’s 4–0 victory over Houston on Sunday night.

The 16-year-old slotted home the historic goal following a crushing mistake by the Dash defense. Thorns forward Sophia Smith stole the ball and centered it to Moultrie, who snuck it past Houston goalkeeper Jane Campbell.

Sunday wasn’t the first time that Moultrie had made history during her time in the NWSL. After spending a brief period in the Thorns academy, she made her professional debut at the age of 15 in July 2021.

When Moultrie made her debut, she was well below what had been the league’s minimum age of 18. She and the NWSL were able to reach a settlement, which allowed her to get on the field for the first time on July 3, when she played eight minutes in a 2–0 win over Racing Louisville.

Moultrie went on to make nine appearances for Portland during the 2021 season and has played in four games thus far in 2022.