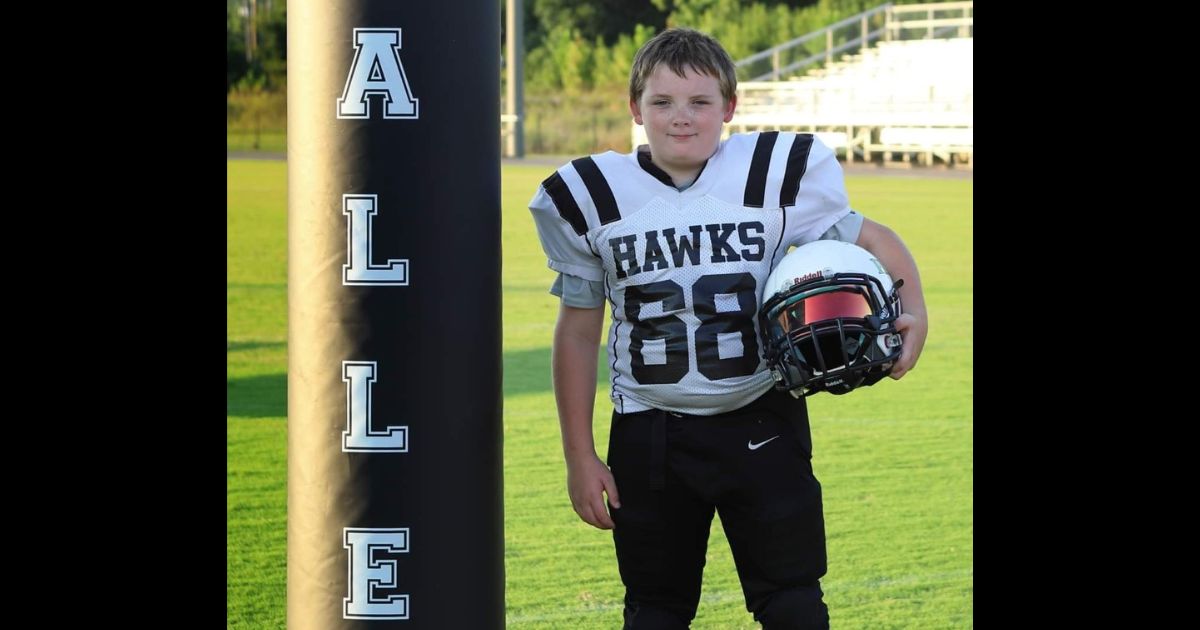 A 10-year-old Indiana boy died Tuesday just days after fulfilling a dream of playing football under the lights, prompting mourners to come out for a vigil at the field where he played.

Treven Ball of French Lick played for the Spring Valley Schools youth team, according to WAVE-TV.

”It was just four days ago he was running up and down the bleachers,” said Jessica Alexander, a family friend. “It doesn’t feel like it’s ever going to be the same without him on this field.”

No cause of death has been released.

Harry and Meghan Get Bad News About Their Family’s Status from the King: Report

“He was a ray of light and always wanted & tried to make everyone around him better & feel loved. He was a role model/shining example of what parents want their children to aspire to be. Last Saturday was his first and last football game under the Valley lights. He had a passion for sports and loved this field,” Heather Renae Carnes posted on Facebook.

Ball’s aunt, Megan Murphy, said the massive turnout for the vigil was bittersweet for family members who found it difficult to return to one of the most special places in the boy’s life.

“We knew what kind of kid he was,” Murphy said. “But to just come out here and see all the lives that he has affected, that truly meant something to us.”

“He just made you want to be a better person … just because of the way he lived,” she said.

Tributes flowed for the child.

“He was such a kind, bigger than life personality, fun-loving 5th grade boy. He never met a stranger and always had a hug to share. All that knew him loved him,” Brooke Ball wrote on a GoFundMe page set up for the family.

A funeral notice posted on Facebook said he loved his family and sports.

“He loved playing football, baseball, basketball, hunting, fishing and riding his dirt bike. He was and always will be his brother and sister’s biggest protector,” the notice said. “He was happiest helping others and supporting his friends and teammates.”

“He was always there to encourage someone else or give them a fist bump!” the Spring Valley football team posted on Facebook.